Did the millions of German expellees in the Federal Republic remain in the shadow of the »economic miracle«? In 1952, the burden-sharing law – the largest social political project of the young state – had promised them compensation and integration aid within the limits of the »national economic possibilities« and implemented additional taxes for the wealthy.

Many beneficiaries profited from the burden-sharing law. However, compensation for lost real estate and business property proved rather modest – not least because compensation funds fell far short in comparison to economic growth. Small and medium sized businesses complained about disadvantages, which provoked fierce political debates over several amendments until the period of the treaties with the Eastern bloc. The book, for the first time, brings these conflicts to the fore, which are largely ignored by later success stories of the burden-sharing law. 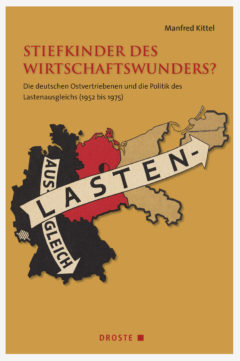