The Commission for the History of Parliamentarianism and Political Parties (Kommission für Geschichte des Parlamentarismus und der politischen Parteien / KGParl) was founded in 1952 as an independent research institute in Bonn by a group of renowned historians and political scientists, among them Wolfgang Abendroth, Ludwig Bergsträsser, Theodor Eschenburg and Fritz Fischer, to explore parliamentarianism in Germany from a historical perspective. Not only scientific interest but also »national policy reasons« played a crucial role here: through its publications the KGParl was to demonstrate the »democratic tradition« of the Federal Republic to the »political public at large«. Research and knowledge transfer still govern its work today.

According to its statutes, the KGParl is devoted to researching the historical development of parliamentarianism and political parties, particularly in Germany. Its source editions, monographs and handbooks are regarded as benchmark studies on the history of parliamentary democracy in Germany from the early nineteenth century. They provide vital impetus for historical research. Its publications attract great interest, not least from the Federal Republic’s political public. More than 300 publications have already been issued. They reflect both the variety and richness of subjects and changes during more than six decades of historical research on parliamentarianism.

In 2004, the German Bundestag took over basic financing of the KGParl in the form of institutional funding. The independent research institute has been based in Berlin since 2006.

The Commission is intended to help instill new values into historical-political research studies, raise the profile of Federal Republic parliamentary bodies and heighten participation, particularly of academic youth, in the political life of Germany and thus consolidate democratic order.

Excerpt from minutes of the 2nd ordinary meeting of the commission, 15 September 1952

The KGParl is an independent research institute that receives institutional funding from the German Bundestag. It consists of the general assembly – the »commission« – and the institute. Members of the commission include renowned international and interdisciplinary university professors, particularly of history, political science and law. The Director of the German Bundestag and the President of the Federal Archive are also members of the commission. The general assembly, holding annual meetings, decides on the research programme of the KGParl. It elects the executive board that runs the institute together with the Secretary General. Research projects are carried out by the institute’s research fellows on their own responsibility.

Apart from publishing research results either in printed or digital form, the KGParl also actively participates in scientific and scholarly life: it organises conferences and workshops, and cooperates with institutes and researchers in Germany and Europe. The KGParl is one of the founding members of the »European Information and Research Network on Parliamentary History« (EuParl.net) as well as the consortium »Orte der Demokratiegeschichte« (»Sites of the History of Democracy«). Not least, the KGParl is actively engaged in supporting young academics. 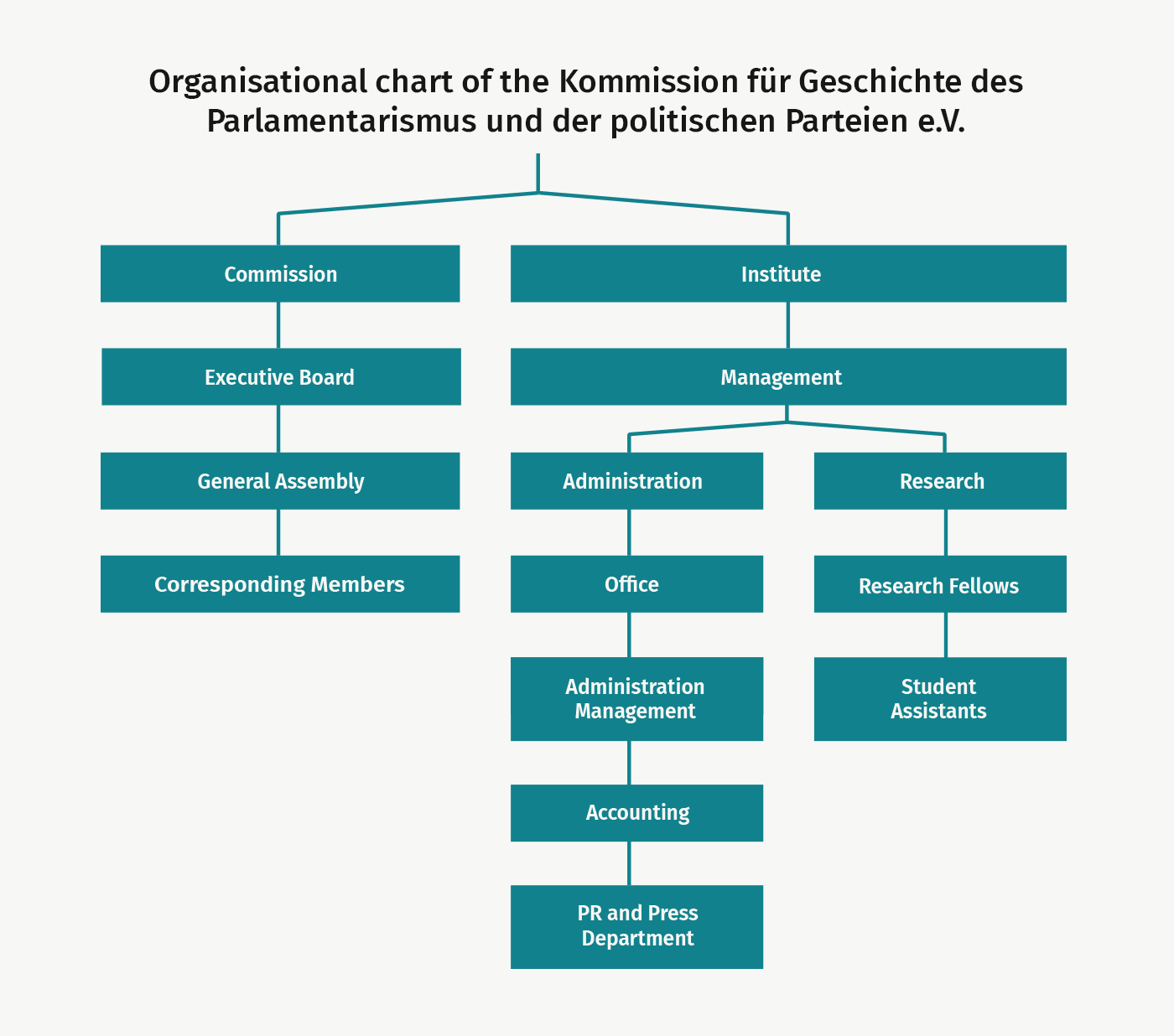