Discussions on the relationship between market, state and politics that were triggered by the global financial crisis in 2008 have highlighted issues originating in socio-economical upheavals since the 1970s. The United Kingdom and the Federal Republic shared the experience of economic vulnerability to crisis during these years. Fierce ideological battles and search for new political foundations of the market conditions shaped the political discourse of both countries. The study describes these negotiation processes and semantic battles over the relation between market and state using the notion of market discourse.

Comparing market discourses among German Christian Democrats and those of British Conservatives brings to the fore the relation between transnational developments and national specifics. The study explores common narratives on the lines and stages of development of Western industrial nations during the twentieth century, giving a nuanced answer to the question of the beginning and the scale of the »neoliberal turn«. Diverging discursive contexts and perceptions of crisis in both countries as well as party-specific traditional terminology and their varying compatibility with neoliberal axioms resulted in a free-market turn in the UK that, in contrast, did not occur in the Federal Republic. 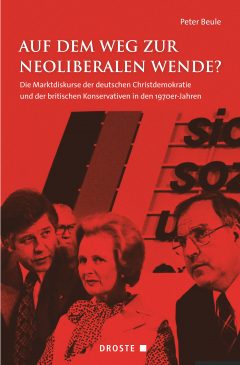